In the recent Tax Court memo Kurek v. Commissioner, the Tax Court explains that businesses relying on the independent contractor designation—namely, construction companies—are going to receive additional scrutiny from the IRS. Concerns over the collection of payroll taxes and the ability to avoid providing benefits have increased the IRS’s weariness about the designation, especially in light of the Affordable Care Act of 2010. The Tax Court memo Kurek v. Commissioner is a further execution of an evolving trend to hold construction companies accountable for their use of independent contractors. It is not comprehensive because it was not a decision from the entire Tax Court, but it is indicative of a larger challenge that construction companies will need to prepare for moving forward.

How Did We Get Here?

The first thing that many construction company owners ask me is “How did we get here?” The answer is not a simple one. First, the Great Recession put an enormous strain on federal and state budgets. High unemployment and low values on “real property,” including land and anything affixed to the land, have left a gap in government coffers. As a result, regulatory and taxation agencies have been charged with actively seeking new revenue streams. 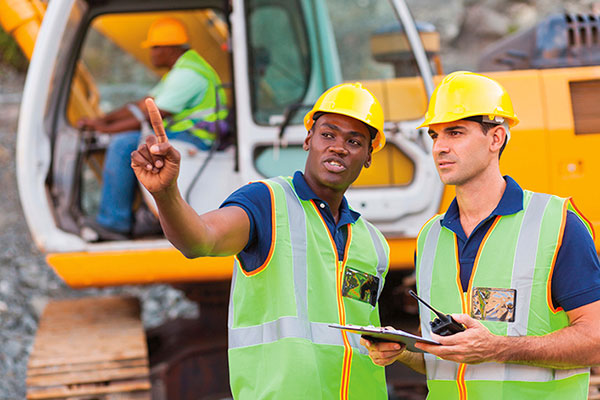 Some of that revenue has been generated through lawsuits from the Department of Justice and from state attorneys general. However, those are infrequent items that pay out a lump sum. If certain new federal programs, such as the Affordable Care Act of 2010, are going to work, they need the cooperation of small and mid-sized businesses to fund them. Given the ongoing stalemate between Congress and the administration over tax rates, the IRS is using whatever methods it has in order to pull in new revenue.

The opportunity to begin targeting construction companies came in August 2009, when the Government Accountability Office released a report outlining that the independent contractor designation was costing the country billions of dollars’ worth of social security, unemployment and federal payroll tax revenue. One of the industries that was targeted in the report was the construction industry. Consequently, the Department of Labor and the IRS have been provided with additional resources to stop construction companies from misclassifying their workers. Ensuing investigations have already had an impact on the industry. Estimates place the costs of these investigations between 5 to 10 percent of the company’s revenues.

When the Kurek v. Commissioner decision was published, many saw it as another logical step in the IRS’s attempt to target the construction industry. Mieczyslaw Kurek of KMA Construction employed approximately 30 workers at any given time to assist him on home renovation jobs. Despite the fact that the workers were paid on a per-project amount and none of them were full time, Kurek never followed the Department of Labor or IRS’s guidelines for an independent contractor relationship. The employment tax audit determined that the workers were employees and that fees according to the Federal Insurance Contributions Act and Federal Unemployment Tax Act needed to be paid. The Tax Court eventually received the case and confirmed the findings of the audit. Kurek was held liable for the unpaid taxes.

What Can You Expect?

Trade associations and lobbying shops have already started their efforts to educate the federal government about what this means for the industry. The National Association of Home Builders released a report emphasizing the need for independent contractors in what they term a “lumpy demand for workers.” Leading Builders of America have also jumped into the fight, expressing that the new inquiries are “troubling.” It is still unclear whether any of these efforts are resulting in progress. Congress has been so consumed with discussions over the deficit in the past year that the issue has been somewhat dormant in the legislative body. The Kurek decision has sparked some reminders in the industry, but no legislation has been proposed.

Moving forward, construction companies need to prepare for continued scrutiny. One of the most effective ways to do this is to ensure that you file the 1099-MISC for all independent contractors before the January 31st deadline. Without the proper filing of these forms, you will be defenseless in the case of an IRS worker classification audit. Additionally, document all of the factors that you are relying on to establish an independent contractor relationship rather than an employee relationship. This will help to strengthen your argument in case of an audit.

It is unclear what will happen over the next several years regarding the independent contractor designation. However, given the importance of this type of labor in the industry, leadership should prepare for a variety of labor options to meet the financial needs of their companies.

L. Michael Gracik Jr. is a partner with Keiter P.C. in Richmond, Va. He is the lead partner of Keiter’s tax services group and has more than 37 years of experience. Gracik Jr.’s clients include closely held businesses in the real estate, home building, manufacturing and construction industries. He can be reached at mgracik@keitercpa.com.