Ask these 3 questions to assess your company's condition after a disaster
by Lucien G. Canton
Tuesday, February 24th, 2015

Rapidly resuming operations or simply surviving is not always sufficient to guarantee the future of a company after a disaster. Physical damage is often the easiest problem to deal with, but quick repairs alone do not equate to business continuation if you cannot produce goods and services or find anyone to buy them. Once the immediate crisis has passed, it is essential to have a business recovery strategy. 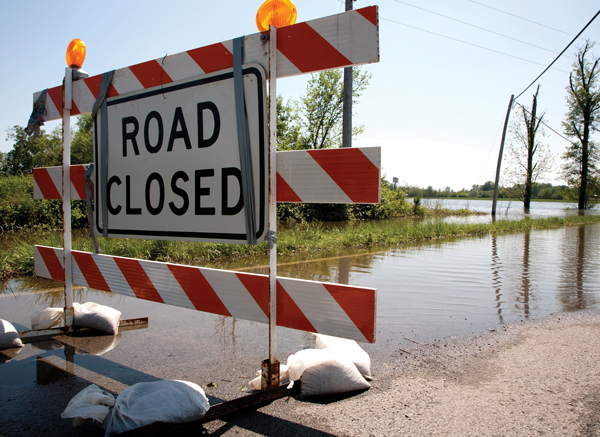 A prime example of this is the experience of the Sheraton Hotel following the terrorist attacks in New York City on September 11, 2001. The hotel had not been damaged in the attack and initially enjoyed several days of sustained bookings from stranded travelers and rescue workers. But it soon became apparent that the attacks had dealt a heavy blow to the tourism industry. Room cancellations soared and the future outlook was bleak. The Sheraton needed a new strategy if it was to survive.

That strategy took the form of a partnership with the global financial firm Lehman Brothers. Lehman's offices were located in World Trade Center Three and had been severely damaged in the attack. The firm was desperately seeking an operating location for its 6,500 employees. Due to a pre-existing relationship and aggressive marketing by the Sheraton staff, within a few days Lehman Brothers had contracted to use all 665 rooms of the hotel, as well as the lounges and restaurant, for office space. This relationship, which continued until Lehman Brothers was able to purchase and renovate a new building, insured the survival of the Sheraton Manhattan hotel.

Developing a recovery strategy requires an understanding of the impact of the crisis. This impact is not limited to physical loss; disasters produce ripple effects that can have long-range consequences on the survivability of a company. The following are three basic questions that must be asked when developing a business recovery strategy.

1. What is the impact on your labor pool?

For most companies, their ultimate competitive advantage lies in their employees. Employees are the repositories of intellectual capital and represent a significant investment in training. However, disasters can have a disproportionate impact on hourly workers. Damage to housing stock may encourage employees to relocate to other areas or seek higher-paying jobs to meet unanticipated expenses. Disasters also create new opportunities, such as high-paying construction jobs. The mass evacuation of the city of New Orleans following Hurricane Katrina is an example of the effect of disasters on local labor pools.

2. What is the impact on your supply chain?

Disasters frequently create spot shortages of goods and services, particularly those related to reconstruction. They can also generate significant transportation infrastructure damage that can affect the delivery of goods. Large numbers of manufacturers go out of business following disasters because of either destruction of their facilities or their inability to resume normal business operations.

All of this suggests that the resources needed to continue business may not be readily available or may be spoken for by competitors. In the classic supply chain study of microchip shortages following a clean room fire, Nokia was able to secure all future production runs of the microchips in question and dealt a devastating blow to its competitor, Erickson.

3. What is the impact on your customer base?

Disasters can frequently lead to demographic shifts that can alter your customer base. Demand for products and services can increase, decrease or remain unaffected depending on the nature of these changes. Disaster may actually offer an opportunity for increased sales in some sectors. However, these changes can be temporary, so increasing capacity may be a risk. Following the Northridge earthquake in California, much of the existing population of middle-class, retired aerospace workers chose to relocate to other states. They were replaced by an influx of largely Hispanic immigrants. This demographic shift resulted in changed demand for products and services such as grocery items, clothing and restaurants. These three questions can be asked in the immediate aftermath of a disaster and can certainly help guide response activities. However, just considering immediate impacts can blind you to future problems.

The long-term effects of a disaster can initially be very subtle and may not manifest themselves for a considerable time. Therefore, it is critical to consider the potential impacts of a disaster on employees, suppliers and customers over an extended period.

Strategy is not static, so asking these three questions only once is not sufficient.

Disasters are complex and so are their effects. A good strategy needs to be reassessed periodically by asking the same questions. Many businesses have recovered from disaster by developing a recovery strategy based on the effects of the disaster.

The story of the Sheraton Hotel is not unique; there are many more stories just like it. Let yours be one of them by asking the three critical recovery questions.

Lucien G. Canton, CEM, is a consultant specializing in preparing managers to lead better in crisis by understanding the human factors often overlooked in crisis planning. Canton is the author of "Emergency Management: Concepts and Strategies for Effective Programs." For more information, visit luciencanton.com or email info@luciencanton.com.

Risk Management
Protecting Your Business & Recovering From a Major Loss
Travelers insurance pro on project loss insurance & what it means for the construction market right now
Insurance
The 6 Rules of Risk Mitigation in Construction Contracts
Exploring the hidden issues sinking your profits
Business Management
Top 5 Risks for Set-Aside Contractors
Federal projects are a big deal for small contractors. But the risks can be big, too.
Software
The 3 Concepts of Collaborative Change Management
Examining tech's role in project changes & risk management on a construction site
Risk Management
10 Rules of Effective Crisis Management
Guidelines to prepare for peril & better control the outcome