How contractors and PMs can learn from safety’s history and avoid the incidents and citations
by Matthew C. Crouse
Thursday, May 14th, 2015

We’ve all seen old footage of the early skyscrapers going up—workers without protective equipment on, riding cranes up and jumping from beam to beam. These were pretty normal activities at the time, but would incite a heart attack in a modern-day foreman. As the pace of modern construction activities continues to increase, so does the technology available to keep those activities safe.

One example of such technology deals with fall protection. Falls continue to be a leading cause of construction injuries and fatalities, but there are a number of solutions available to decrease the number of injuries. From temporarily rigging barricades to self-rescuing personal-fall-arrest systems, a wide array of solutions is available to solve every elevated work challenge. Implementing these devices for construction can be costly initially, but it is certainly worth it to prevent a fatality. Additionally, meeting fall protection requirements spares you a visit from the neighborhood OSHA compliance officer.

Not long ago, inexpensive and simple ideas like daily  tool box talks or wearing high-visibility vests were thought of as radical and non-value added. In reality, though, these minor changes have prevented an untold number of incidents. These initiatives are helping projects achieve the goal of completing on time and under budget. Ultimately, raising every worker’s awareness makes a difference, and integrating safety into a project should now be second nature to any project manager or foreman.

It is now the operational norm to prequalify contractors and perform pre-project reviews. You should expect that your safety performance will be evaluated based on previous incidents in the bidding process for both general and subcontractors. However, having good safety performance is simply not good enough anymore. Many projects require general contractors and subcontractors to be at or below the national average for OSHA Total Recordable Incident Rate (TRIR). In 2013, the national TRIR for all of private industry was an average of 3.3 injuries per 100 workers. That is, 3.3 cases were reported involving at least some form of medical treatment by a medical professional, which could have been a one-time treatment or a single prescription. The construction industry averaged slightly better than the national rate, with a 3.2 TRIR in 2013.

The Days Away Restricted or Transfer (DART) rate involving more serious injuries beyond a single medical treatment averaged 1.7 injuries per 100 workers for all national private industries. Construction was slightly higher, with an average DART rate of 1.8 per 100. In these cases, a medical professional finds that someone should be taken off work or given work restrictions that prevent them from performing their normal job functions for a period of time. This is sometimes referred to as light duty, although that phrase is not technically accurate.

Some project managers and owners expect their general construction and subcontractors to have TRIR and DART rates at half or lower than the national averages. Some even require that rates be below 1.0, which was previously considered to be world-class safety performance in any industry. 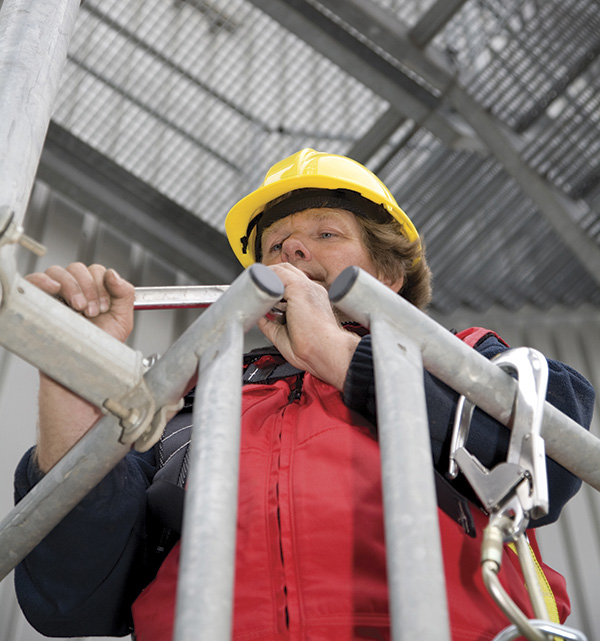 Your safety performance will be evaluated based on previous incidents in the bidding process for both general and subcontractors.

Once contractors win a project, it is universally expected that they will implement some form of Safe Work Permits. These permits thoroughly identify the hazards with the project as a whole and within specific phases of the project.

Ongoing efforts should include daily discussions,  behavioral observations of task/project progress and a post-job review that includes contractors and the project management team. Like the implementation of safety equipment, these efforts have an initial cost, but are the expected norm and drastically reduce the likelihood of incidents.

Additionally, there are observation performance checklists that should be completed frequently for each contractor. This helps evaluate what is occurring at the site and ensures that everyone is following procedures for critical tasks such as confined space, elevated work, excavation and lockout/tagout. Hot work, or procedures that can be a source of ignition or a fire hazard, are one of the most strictly-managed processes at every jobsite for the obvious reasons of preventing injuries, fires and property loss. Failure to work within these new paradigms is not an option for any well-managed business.

Thorough initial and continued training for employees is also a necessary part of completing the job. Training is required from both the general contractor and the subcontractor. Although lagging indicators are used to measure previous performance, leading indicators of safety performance are both specific and measurable. Most importantly, they are the measure by which contractors will be able to work on existing and continued projects.

These efforts help in reducing compliance violations, which is also used as a prequalification metric. If you acquire too many OSHA violations, you will find yourself outside the bidding process. Multi-employer worksites increase exposure for everyone involved in a project—hazards created are hazards that need to be controlled.

As general safety performance improves, it is the seemingly small incident that is counted against a contractor’s TRIR and DART rate. For example, a smaller contractor with less than 50 employees cannot afford to have more than two medical treatment TRIR injuries per year and not even one DART case. Hiding these cases is not only ill-advised, but illegal. OSHA updated its serious injury reporting criteria as of Jan. 1, 2015, to be more restrictive and to cover a broader array of industries, including construction. OSHA has placed a greater emphasis on the reporting and recordkeeping of all employers, regardless of size and industry. Failure to comply results in more fines, and a proven, willful disregard can lead to jail terms.

A trip over an extension cord is easily avoidable, yet leads to a lost time accident—a DART case. A fall from an improperly-used step ladder can cause someone to be placed on work restrictions—a TRIR case. An OSHA  citation for improperly securing an extension ladder on a multi-employer worksite will put you on the outside looking in on the next RFP. It’s not enough to play catch up anymore. Good business owners are proactive in creating a universal safety program that all employees abide by on the jobsite.

Some project owners and contractors are even restricting the use of extension cords or ladders on a project. Although this sounds fundamentally impossible for a construction project, remember that technologies and processes are ever-evolving. Contractors can design or incorporate more power drop locations into the project and require elevated work solutions like mobile scaffolds with engineered hand and mid-rails or stairs installed as the project progresses. Observations and checklists can police and improve the process for everyone.

Imagine freedom from claims and fines related to slips, trips and falls over drop cords and compliance violations. Improving safety comes with initial cost and implementation challenges, but project management must be willing to take the lead to avoid the complications of citations. You may discover that it is worth the effort.