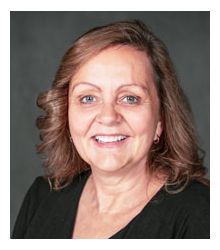 No.1 must-have: “Flexibility. You never know what might come up throughout the course of your day.”

“I started out as an assistant project manager 25 years ago at a family member’s company and just worked through the ranks,” said Sheila Ohrenberg. She also worked for a couple other general contractors until 14 years ago, when she and her sister joined forces to start their own company: Sorella Group (“sorella” is the Italian word for “sister”). “We both threw in a thousand dollars and started in the basement of my house until we found a little office, and now here we are,” Ohrenberg said.

Sorella Group is a specialty subcontractor focused on carpentry on projects across the United States. Ohrenberg, the company’s president, says one of reasons she started the company was to get away from working as a traveling general contractor—she had a kindergartener at home and wanted to spend her time there. “It’s funny, though, today, we have active projects in 23 states, but my kindergartener is now in college, so that changed things a little bit,” said Ohrenberg.

Throughout her career, Ohrenberg says she has always received a lot of support. “When I started out, I was working alongside a superintendent. It was a different culture. I had to learn a lot. I had to learn not to cry at work.” Ohrenberg says everyone did what they could to help her grow and become stronger in the positions she took on and the types of work she did.

As Ohrenberg developed and managed the operations of Sorella Group, she was also raising two children. She says the ties to her family that she worked hard to maintain throughout her career is something she had to make a priority. “I was able to build a business and still raise my children and do as much as any working parent can do,” she said. In between, there were sacrifices made for both family and work, but ultimately, Ohrenberg is proud of the balance she was able to strike while being a working parent, a business owner, and working in construction, where the days start early and go long.

“For years, we were a scaled-back version of what we are today. It wasn’t until the kids got older that I was then able to go full force and get ready to grow the business.” As a business owner, Ohrenberg wants to be able to give her employees some advantages she didn’t have; for instance, the special rooms designated for breastfeeding that she has included in the company’s newly remodeled office.

Ohrenberg often finds herself looking out for her employees the way her mentors looked out for her. “I don’t want any employee to ever have to feel like they don’t have someone else to lean when life happens. We all have births and deaths and school plays and graduations. I don’t ever want anybody to have to have to worry about losing their job and not having the support of their team to help them through those times.”

But who helps Ohrenberg get through the tough times? As the leader of a woman-owned business, she’s seen her share of challenges, and it’s the encouragement from a group of a few hundred females that helps her keep going. As the president of Women Construction Owners and Executives (WCOE), Ohrenberg helps members support, train and mentor other females in similar ownership and leadership roles.

When she joined WCOE as a member 12 years ago, she hadn’t been in business long and was looking for information about federal and legislative matters when she found WCOE. She began volunteering for committees, and then worked her way up. Not only does WCOE provide support at a legislative level, but it also gives women-owned businesses like Sorella Group the chance for nationwide peer-to-peer mentoring that may not be available locally.

Ohrenberg also holds leadership positions with a number of other industry associations, like the American Subcontractors Association, where she currently sits as a member of its National Legislative Board and was a member of its Kansas City chapter for many years. She also sits on Associated General Contractors’ (ABC) National Diversity Committee and is a member of the National Association of Minority Contractors, where she participates as part of a minority coalition. One goal there is to change the tone of the construction environment to promote diverse hiring of and diverse spending on minority- and women-owned companies. Another is to make sure those companies are then qualified and trained and getting what they need to become a viable business like hers.

She’s also a supporter of Cornerstones of Care, a nonprofit group that designs and delivers programs to improve the lives of children and families. Employees of Sorella Group volunteer their time there to fundraise and teach carpentry skills to teens in the program—some of whom have graduated to become Sorella Group employees.