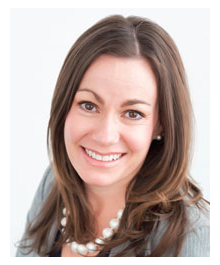 No.1 must-have: “Perseverance—having the mindset that whatever challenges arise, you have the capability to get through them.”

She came of age in the industry as the daughter of a general contractor, and now represents her family in the crucial role of vice president finance and administration at her aunt’s company, SSC Underground. SSC, where Michelle Walker started 22 years ago, is one of Arizona’s leading underground construction companies, providing trenchless installation of underground utilities, utility locating and excavating services.

“I love construction. It’s in my blood. I can’t imagine working in any other industry,” said Walker. With her roots firmly planted in construction accounting, Walker says one of the most pivotal industry involvements she has had is with the Construction Financial Management Association (CFMA). As a CFMA member, she exercises her leadership skills and motivational abilities at both the local and national levels.

Since joining the organization in 2009, she has served her local Valley of the Sun chapter as a board member, committee chair and president, and currently serves on multiple committees. At the national level of CFMA, she is a popular presenter on subjects including finance and accounting, workforce development, risk management and suicide prevention.

She has also served the national association as co-chair of a sub-specialty committee and participated as a member of its strategic planning task force. Walker also holds CFMA’s highly regarded designation of Certified Construction Industry Financial Professional (CCIFP).

Walker doesn’t sit on the sidelines. And that notion might be even more evident in her work than it is in the five full and 10 half marathons she has completed. Her early involvement in CFMA led her to discover a cause that she now considers to be one of her greatest career achievements.

As a founding member of the Construction Industry Alliance for Suicide Prevention (CIASP), she has worked to raise awareness and equip organizations and employers as they address this significant threat to the safety and well-being of individuals in the construction industry.

In her work with CIASP, Walker is an advocate for suicide prevention in the construction sector, which is currently one of the top three industries whose workforce is at the greatest risk of dying by suicide. She served as CIASP’s chairman from 2016 to 2020 and was able to help it grow from a committee within CFMA to an industrywide initiative involving a wide range of associations and unions, delivering their message that is estimated to impact over one million workers and growing.

Walker is a speaker, an organizer, a collaborator and a doer. She has briefed the former U.S. Secretary of Labor Alexander Acosta and the Occupational Safety and Health Advisory (OSHA) Committee for Construction Safety and Health about the need to expand suicide prevention resources, as well as authored leadership articles and presented at industry conferences on the topic.

“My key phrase that I use is ‘creating caring cultures,’” said Walker. “By creating a caring culture—a place where people aren’t afraid to ask for help, whatever that might be—employees can see that we care about them as people and not just as tools to get the job done. If they’re struggling with mental health, or if women in are feeling diminished, and we can do something to facilitate change or make it an easier place for them to be, we should. This idea of creating caring cultures in which people feel safe to ask for help is my dream for the industry.”

Walker, who has recently been able to experience more of SSC’s project-level work, says that outside of the walls of SCC, it’s a different environment. “On jobs, I might be the only woman in a room with 30 men. It was eye-opening to see the imbalance,” said Walker. “One thing I learned from being more involved on the jobsite is not to try to be one of the boys. Respect who you are. You’re a woman and you’re in construction and you have a right to be both.”

Walker proudly endorses construction as her career of choice and continues to promote the trades to younger generations to build future generation of workers. “Confidence is such a big factor. Just being confident in who you are and what you do—regardless of your gender—can do wonders to steady your credibility. How you present yourself and what you say with conviction can reinforce your right to be part of the conversation or have a seat at the table,” she said.