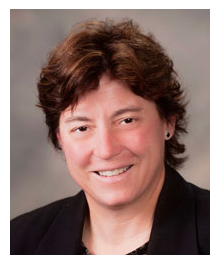 No.1 must-have: “Projects that are complex, challenging and require teamwork.”

“In terms of experience, I’m just like the mighty redwood trees—if you looked a cross-section of me, you would see a lot of rings,” said Julianne Nader on her background in construction. Nader counts herself lucky to have been involved in the construction industry since the early 1980s.

“When I was in high school, there was no promotion for women to get into any male-dominated industry. It was like, check the box: Be a secretary, a nurse, a schoolteacher, or a stay-at-home mom,” Nader said. “Those options are all wonderful careers, but they just weren’t for me … I decided I wanted to be a civil engineer.”

She said she had several people tell her she couldn’t do it, but the naysayers were great motivation to continue down her chosen path, and the drive to prove them wrong has helped her survive in construction.

After obtaining her degree in civil engineering, Nader worked in a variety of roles and on projects of all types, including major restorations, assisted living facilities, health-care structures, mixed-use complexes, hotels, office buildings, a rail station, a courthouse, a ballpark, and more.

In her current role at Great Lakes (which she joined 7 years ago), she’s centering her attention on water and wastewater treatment facility work. She said she loves working in this area of the industry because it is continually complex and challenging.

“It takes strength, intelligence and fearlessness to survive in construction,” Nader said. “My current company has been phenomenal in recognizing my ability and promoting it. This has put me in a position to further women’s exposure to the industry.”

One of the ways in which she does this is by regularly returning to her high school for career days and to serve as a role model for young girls interested in science, technology, engineering and mathematics fields or in a career in construction.

“Women are still less than 15% of the industry. It’s just disappointing. Women in the industry have to stand up, but we also need the majority to stand up for women. We need them to have the mindset to put us in leadership roles all the way up the line,” Nader said.

And from her point of view, that involvement has to start young. Nader played ice hockey for a long time, and remembers sitting in the locker room before an important game, visualizing what she was going to do to win the game.

“Young girls and women have to continually visualize themselves as leaders. You have to do that before every big project. Close your eyes and visualize yourself in the spot you want. And then visualize the steps you will take to get there. If you keep doing so, you will develop into a great leader. Don’t let anyone tell you differently.” Nader said.

According to Nader, who played hockey until she was in her mid-50s, the sport has also been a great avenue for personal growth and outreach. She also started a 501(c)(3) with a special-needs hockey team, the Cleveland Rockin’ Wildcats, and the organization was incorporated in 2014. The team now travels throughout the Midwest and has players ages 8 to 43.

“Working with those athletes makes me feel grateful for the opportunities I have had and the challenges I have faced,” Nader said. “Because of my career, I’ve been able to make time to coach as well.”

She also makes time to serve on various committees and industry organizations. She’s a 33-year member of the Cleveland Chapter of the National Association of Women in Construction; a member of the Cleveland Engineering Society; has served on the City of North Olmsted’s Architectural Review Board, the Master Planning Commission, the Landmarks Commission, the Rec Commission, and as the vice chair of the Planning and Design Commission; and was awarded the Young Women’s Christian Association’s Women of Professional Excellence Award.

When she’s asked about the future of the industry, Nader says she sees day-to-day roles becoming much more individualized work, and that may not be a bad thing where recruiting new talent is concerned.

“If there’s some way to glamorize heavy civil work, that would be great. Maybe pursuing women because of their specific and significant talents is where the industry is going. We need to take a fresh look at how we are recruiting new people,” she said.

According to Nader, the companies that will survive the pandemic are flexible and maintain a workforce that remains adaptable, too—she said you can have the best engineer in the world, but if that engineer isn’t also willing to hang drywall if the situation demands it, they’re not worth keeping.