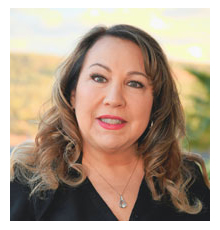 Her No.1 Must-Have: “Surrounding myself with people who are committed to excellence.”

If you want to succeed in construction, you must know the art of the pivot, according to Jean Bjork. Much of her career has been determined by her willingness to adapt to change and keep going when times are tough. Case in point: Navigating Bjork Construction Co. Inc.—the union commercial builder company she started with her husband in 1988—through the Great Recession. “The lessons I learned from the recession have made me a much better chief executive officer of my company,” Bjork said, noting that it’s made her a more careful leader, but also one who takes action quickly and resolutely.

While she now leads a contracting firm, Bjork got her start working as a welder right out of high school. She grew up working in her parents’ welding and machine shop, and later worked in the shipyards in the San Francisco Bay area. She obtained a master’s degree in public administration and took classes in construction management and interior design. When she and her husband first started their company, they built high-end, custom homes. The company has since evolved into the commercial contractor it is today.

As a woman with experience working in both the office and the field, Bjork says she is no stranger to being marginalized as a woman in construction, particularly during her tenure as a welder. “Fortunately, though, opportunities for women in this industry are increasing,” Bjork said. “The more we support women in the industry, the more normalization of women in the field will happen. Someday, no one will look twice at a female in construction.” And in the meantime, Bjork says she chooses to focus on her peers who treat her fairly. “I’ve chosen not to acknowledge those who have overlooked me. It’s a conscious choice not to give them power over me,” Bjork said.

She’s working to raise up and mentor a new generation of women who think the same way. Bjork’s daughter is the operational manager and part owner of the company. “She’s the next generation of women in the industry,” Bjork said. “They are more well-informed and more confident in their actions.”

Bjork reminds women coming into construction to remember to value the work of generations of women coming before them. “I want the next generation to understand they aren’t victims. They must be held accountable and learn their own self-worth,” she said. For the women who want to stick it out, though, she says there isn’t another industry like construction. Here’s a few pieces of advice she gives the women she mentors:

Construction will endure—even through a pandemic and through recessions, she says. She encourages women in the industry to get involved at a legislative level; by writing letters to Congress, voting and being a part of the change. One change she’d like to see is more skilled labor in construction. “We need a resurgence of pride for the skilled trades. The skilled labor force is simply not as strong as it used to be,” Bjork said. “New [construction-specific] technology and a greater number of apprenticeship programs and vocational schools will help, though.”

Bjork frequently cites the importance of equality within the workforce; a personal career endeavor that has brought her notoriety. In 2006, Bjork Construction became a certified women-owned company through the Women’s Business Enterprise National Council. In 2011, the company signed with the Northern California Carpenter’s Union.

In the last 5 years, the company has been recognized annually by the San Francisco Business Times as one of the Top 100 Women-Owned Businesses in the Bay Area. In 2018, the Associated General Contractors of America awarded Bjork and her company the Diversity & Inclusion Excellence Award. In 2019, she was awarded the National Women’s Business Enterprise Star Award by the Women’s Business Enterprise National Council. In 2020, Bjork was selected as an honoree for the 2020 Alameda County Women’s Hall of Fame. She is also the co-founder of the Women in Construction Expo, hosted by the San Francisco Public Utilities Commission Small Firm Advisory Committee (of which she’s a member).

According to employees, Bjork has worked tirelessly to establish herself as a respected leader in the field. She is considered a woman who is committed to championing individuals via mentorship programs, volunteer work, employment and outreach, and the diverse and inclusive culture she creates within her company.