Prepare for a Fleet Expansion: Analyze Your Operations

Examine your ongoing job needs to determine whether to rent or buy equipment.
by Debbie McClung
Thursday, March 28th, 2013

There is a time to buy and a time to rent. Despite signs of improvement in the economy, some contractors are still hesitant to make a capital investment in equipment. Others are satisfied only with the flexibility and control that ownership affords.

Plotting the risk and convenience associated with the options of renting and buying can bring you to a crossroads. Each direction has benefits. According to an annual study performed by KHL Group, sales of construction equipment by the world’s 50 largest manufacturers grew 25 percent in 2011 to $182 billion, surpassing the previous high of $168 billion set in 2008 before the financial crisis. 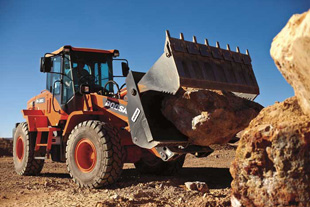 On top of that industry record-setting increase, data from the Association of Equipment Manufacturers indicates that one-quarter of new heavy equipment overall is landing in rental fleets.

If you’re unsure which way to turn with a fleet-expansion dilemma, it might be that you haven’t looked deep enough into your operation for either scenario to become the clear solution. One way to simplify the process is to analyze jobsite factors, machine usage, applications and emissions considerations.

Jobsite Factors
When deciding how to acquire a piece of equipment, manufacturers typically recommend starting with the scope of work. Is there an expectation that the length of a contract and the volume of work will sustain a commitment to a long-term purchase that would be better served with an acquisition? Perhaps the need for a machine or attachment is based on a relatively short-term project, and it makes more sense to pay only the fees associated with a rental arrangement.

Regardless of the time frame, the size of an operation matters, too. “A larger firm with a significant construction or infrastructure project may prepare a bid that allows for the actual purchase of new equipment and still have good utilization after that project,” says Aaron Kleingartner, segment application marketing manager for Doosan.

Machine Size
The type of work being performed is a key jobsite factor that can influence a machine size. Additionally, a contractor may win a bid for related demolition work requiring a different size machine from what he or she would normally buy. “If they have a job where they need a 70-ton excavator to be productive and the majority of their fleet is 20 to 35 tons, they should consider renting,” says Chad Ellis, Doosan heavy product manager.

Attachments
Attachment coupling systems can also play a role in a rent-versus-purchase decision. Ellis explains, “Certain attachments can be harder on equipment if they’re not properly matched, so contractors may rent the piece of equipment with the attachment already connected. This will minimize the wear and tear on their current machine.”

The key to getting the most productivity from an excavator or wheel loader is the investment in a quality attachment coupling system. Some industry experts estimate that a quality automated coupler mounted on an excavator can save owners up to 25 percent of their total machine operating time compared to direct-mount attachments, but it’s optional on most manufacturers’ machines.

“If a particular machine already has an auxiliary hydraulics kit on it, a contractor may be inclined to just rent the attachment. But, if you do a lot of grading and bucket work, and your machine doesn’t have the kit, you’d have to make that investment first. For short-term needs, it’s more cost-effective to rent a piece of equipment with the attachment already connected,” Ellis says.

Applications
Certain applications provide equipment owners more confidence that a loader or excavator will be used to its maximum capacity over its lifecycle. For instance, agricultural producers typically find it easier to pay cash or finance a purchase because they know how many cattle they’re feeding daily and how many loads they will need. A general contractor may be breaking up concrete one day and installing utilities or prepping a jobsite the next. Contractors with less predictability in their heavy equipment needs throughout the year may be more inclined to rent. However, tracking a machine’s usage and demand between multiple jobsites may reveal justification for a long-term addition with certain equipment.

Versatility
Versatility within a product line may also dictate the direction of a fleet expansion. A contractor’s fleet may include some larger standard wheel loaders, but changing project tasks can result in the need to unload, load and move palletized materials, piping and other materials routinely. That’s when the purchase of a tool carrier wheel loader equipped with a parallel-lift linkage system can expand loading capabilities on a regular basis. Most tool carriers fit into the range of 125 to 200 horsepower, with typical applications including utility construction and pipe laying, metal and scrap recycling and landscaping.

Emissions
With a growing emphasis on the Environmental Protection Agency’s emissions standards with interim Tier 4 (iT4) regulations designed to reduce nitrogen oxides and particulate matter, some contractors may be bidding on government jobs that require iT4-compliant equipment.

Contractors who regularly bid such government projects understand the new systems and seek the additional performance benefits that are often introduced with new models, and they will likely purchase machinery that complies for jobs that mandate specific emissions levels. However, as Ellis says, “If a job requires iT4 yet the majority of a contractor’s fleet is Tier 3 and most of their work is non-regulated, rental may be the best option for them.”

In the final analysis, the decision to buy or rent depends on your particular situation. The most important thing with any equipment decision is taking time to fully investigate your options.

Debbie McClung is a technical writer in Des Moines, Iowa, where she focuses on compact and heavy construction equipment

Fleet, Fleet Management
How Software Can Help Your Fleet Survive & Thrive in Colder Conditions
The tool you need to keep equipment & teams moving in ice or snow
Fleet
5 Smarter Equipment Rental Marketplace Methodologies
Tips to build a better experience for both renters & suppliers
Fleet, Fleet Management
Leveraging Technology to Track Costs & Maximize Investments
How to determine the true cost of equipment ownership with fleet management software
Fleet, Fleet Management
Understanding the True Cost of Concrete
How to prevent cost overruns & scheduling issues related to this project process
Fleet, Fleet Management
How to Use Driver Accountability to Increase Profitability
Why drivers that are held to a clear, unbiased standard perform better for the company & themselves