In order to grasp the appropriate ways to pursue or defend a bond claim in a meaningful way, contractors should have some background on what payment bonds are and how they work. In the context of construction projects, bonds can be divided into three primary types: bid bonds, performance bonds and payment bonds.

According to businessdictionary.com, “A payment bond is a surety bond posted by a contractor to guarantee that his subcontractors and material suppliers on the project will be paid.” While this is not a precise legal definition, it provides a clear basis for the concept underlying the payment bond. On a project that requires a payment bond, the purpose of the bond is to ensure the payment of parties lower on the contractual/payment chain than the contractor obtaining the bond.

Payment bonds are required on federal projects in which the initial contract exceeds $30,000 and by every state on public construction projects that meet or exceed a certain specific threshold value. This initial contract value for state and municipal projects is set by each state individually and does not specifically require bonds unless the initial contract is for more than $500,000. As a practical matter, most substantial public works projects require the prime contractor to obtain a payment bond. 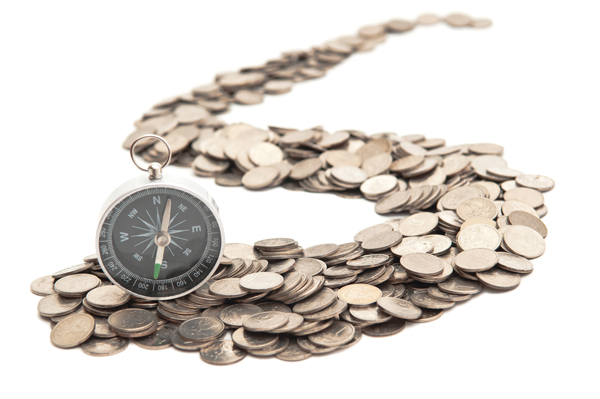 Because payment bonds have specific requirements, they are most often provided by prime contractors on public works projects, whether those projects are federal, state or municipal. However, this does not mean that payment bonds are entirely foreign to private construction projects. While it is more rare, a payment bond on a private project is sometimes used to “bond off” a mechanics lien to protect the underlying property from being encumbered or sold.

In a nutshell, a payment bond provides the same security on a public project that the property itself generally provides on a private project. If subcontractors, suppliers or other lower-tier parties are not paid, the bond provides a type of security against which they can make their claim for payment.

How Do Payment Bonds Work?

A payment bond claim on a public project is analogous to a mechanics lien filed against a private project. Where a mechanics lien secures a debt by an  interest in the underlying property itself, a bond claim provides a remedy against the general contractor’s bond, backed by the surety. The bond, which is generally required to be an amount sufficient to pay the claims of all lower-tier parties, provides a fund against which unpaid parties may make a claim and ultimately get paid.

After any required notices have been given, a party who remains unpaid may file a claim against the bond. The step is also potentially fraught with peril for the bond claimant. When required, the bond claim must be provided within a specific period of time and to certain specific parties. Failure to comply with either of those requirements can invalidate the claim.

Generally, the time in which the claim must be filed is calculated from one of two dates: the date on which the claimant last furnished labor and/or materials to the project or the date of the project’s ultimate acceptance by the public entity commissioning the work. The parties required to receive the bond claim differ by state, but usually include the bonded prime contractor and, generally, the public entity as well. In a minority of states, the bond claim also must be filed with the county recorder.

After a bond claim is received and provided to the surety, the surety will likely require the claimant to provide more information and supporting documents. The claim will then either be paid or denied. But, as with every other step in the process, monitoring the progression is important. Just like a bond claim must be made by set deadlines, a bond claim must be enforced by set deadlines. Similar to mechanics liens, a bond claim will be extinguished after a certain amount of time. If the deadline to enforce passes, the claimant will no longer have a right of action against the bond to  recover payment.

Common Mistakes to Avoid When Making a Bond Claim

Most of the common mistakes to avoid in the bond claim process spring from the complexities of the process itself or from the mistaken belief that mere compliance with the requirements will best position a claimant to be paid.

Preliminary Notice
As mentioned above, many states mandate that preliminary notice be sent within a certain time period at the risk of invalidating a subsequent bond claim. Failing to provide this notice when required, in the manner required and to the parties required is all too common.

These same preliminary notice requirements work in favor of the party defending a bond claim. But, just because a party doesn’t need to give the notices is not an excuse to be ignorant of the specific requirements.

The general contractor must be aware of the notice requirements as well. If notice is required and not received within the mandated time period, defending any subsequent claim against the bond becomes that much easier. If a bond claim is made, the fact that no required notice was provided can be reported to the surety at the same time it is notified of the claim.

Filing a Bond Claim
Just like providing preliminary notice, the filing of the bond claim itself is technically precise and subject to specific requirements. If required, bond claims must be made within a certain amount of time. Missing this deadline, though avoidable, is a common mistake that invalidates many claims. Just like with preliminary notice, this mistake can be avoided by conducting a thorough review of the laws of the project state.

Parties who contract directly with the prime contractor commonly have no formal requirement to make a claim on the bond in any manner prior to initiating suit. This is a bad idea. Even if no strict requirement to make a claim prior to filing suit exists, providing notice of the claim to the general contractor, the public entity, the surety and the hiring party is always a good idea.

Finally, once the claim has made its way to the surety, more information will likely be required. For this reason, information and documents that back up the claim should always be retained and should be provided quickly. After the information has been provided, the claimant should routinely check in with the surety claim representative to check on the status of the claim and see if anything else is needed. Many companies fail to take these easy steps even though the energy necessary to do so is often paid off in the claim being paid more quickly and without the need to file suit.

For a party defending a bond claim, the same considerations given to preliminary notice should be given here. Failure of the bond claimant to comply with the specific rules can invalidate the claim. If the bonded contractor is aware of the rules, he or she is in a much better position to defend the company than a contractor who is unaware of those rules.

Having the information handy and providing it quickly will be beneficial. Sureties will generally stick with the bonded contractors’ arguments if they are  well-documented and well-organized. Providing information that supports the position that payment is not necessary can increase the likelihood of success.

Also, prime contractors too often wait to provide the surety with notice of the claim itself. This is a mistake. Sitting on a bond claim and not providing it to the surety can strain the already potentially tenuous relationship between the bonded contractor and the surety. Furthermore, the bond will generally require the prime contractor to notify the surety of any bond claim within a certain time period.

Failure to do so can provide the surety with a defense to paying the claim, which means that 100 percent of the liability (and potentially the legal costs of the surety) will be passed on to the prime contractor. This can be avoided by passing the claim along when received.

Note that if there is any undisputed portion of the claim, that portion should be paid. Failure to pay, even when the right to payment is undisputed, can cause a company to face much more exposure than originally bargained for.
Bond claims can be tricky, both to successfully make and to successfully defend, but avoiding these common mistakes could potentially be the difference between success and failure.

Nate Budde is the editorial director of The Lien & Credit Journal and chief legal officer at zlien, a resource platform that reduces credit risk and default receivables for contractors and suppliers by giving them control over mechanics lien and bond claim compliance. Budde is a licensed attorney in Louisiana, a graduate of Stanford University (B.A.) and Tulane Law School (J.D.). For more information, contact Budde at nate@zlien.com, 866-720-5436, x704, or visit zlien.com.