Exposing the truth about this function of construction business
by Vic Lance
Tuesday, May 12th, 2015 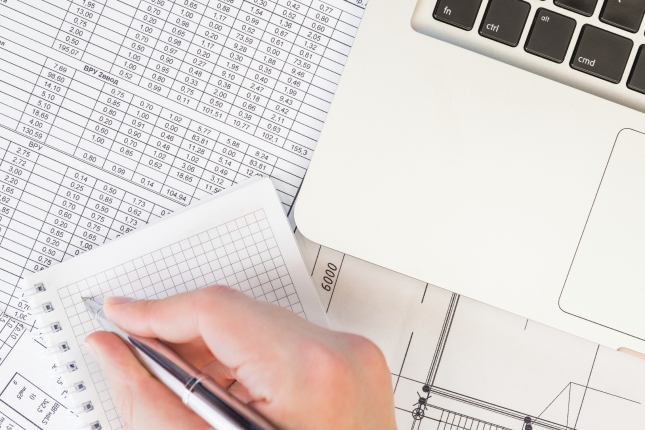 If you are a contractor working on public projects, you have heard a lot of myths about construction bonds.

Common misconceptions range from the idea that surety bonds are not affordable, to questioning whether they are necessary at all. Becuase of this misinformation, many contractors either avoid projects requiring bonds, thus missing great work opportunities; or sometimes operate without them, which jeopardizes their legal standing and puts their whole company at risk. For the sake of clarity, let’s bust a few of those myths, so that you can conduct your business with the truth in your toolbox.

Myth #1: Construction Bonds Are Costly. The most widely spread misconception about contractor bonds is that they are too expensive, and thus out of reach for many smaller contractors. The reality is quite different, though. The contractor often does not pay anything in the end.

The bond price is usually somewhere between 1 percent and 3 percent of the contract sum. However, the contractor needs to pay the bond premium after she actually wins the bid. If bonding is needed for the project, all applying contractors face the same requirement, but only the winning bidder will pay the payment and performance bonds. In most cases, the obligee on the contract, the owner of the project, reimburses the bond price with the first payment towards the contractor.

Myth #2: Large Construction Companies Don't Need Surety Bonds.  This misconception is based on the idea that big players in the construction field are immune from failure, so they should not and do not obtain construction bonds. This is not true. Large construction companies can and do have financial problems or suffer from mismanagement and improper financial handling.

A recent case of this is the bankruptcy of the 105-year-old company Truland Group Inc., Washington, D.C.’s largest electrical contractor. Truland had been in turmoil for months prior to its shutdown, and while there were many indications of problems, the end was still unexpected. Currently, the company that provided bonding to Truland, XL Specialty Insurance Co., could be forced to cover more than $35.6 million because of claims from suppliers and subcontractors.

Truland is not the only large company that met this unexpected end. The same thing happened to industry giants Morrison Knudsen, Modern Continental and Ballenger. It’s easy to see that without the required bonding, there would be nobody to pay to affected parties and to cover the risk in such situations.

Myth #3: Surety Companies Never Have Losses. One might assume that surety companies never pay for anything, as the contractors for which they underwrite bonds have to cover the bill at the end. However, this is not always the case.

For example, between 2002 and 2013, sureties have covered more than $13 billion in claims, which do not include additional claim expenses that also go in the billions. The above-mentioned case of Truland is a good illustration of surety loss. In the event of bankruptcies and pending claims, there is nobody else but the surety provider to cover the costs.

There are additional hidden costs that surety companies also cover. Sometimes they finance contractors through tough times, especially if they have a long-term relationship. They can also help negotiations in conflicts, which saves money for contractors, but means expenses for sureties in terms of time and engagement.

Myth #4: All Sureties Are Created Equal. Not all surety bond companies are the same. Even if a name sounds familiar, if you haven’t used their services, you cannot be sure that all will go smoothly during your bonding.

That’s why verifying the surety is an essential step when obtaining bonding for a project. The National Association of Surety Bond Producers recommends following a two-step authentication process when choosing a surety. First, check the authority of the surety to issue the bond. Your state insurance department can provide the information on whether the surety is within the appropriate project jurisdiction. You also need to check whether the surety you’ve chosen is included in the U.S. Department of the Treasury Listing of Approved Sureties. If the company covers both points, it’s safe to use its services.

The final step to check your bonding is to inquire directly from the surety company whether your surety bond has been authorized. You can find further information and surety companies’ contacts in the Surety and Fidelity Association of America Bond Obligee Guide. Once you’ve verified this has been done, you can be sure that your bonding is complete and secure.

Myth #5: Other Insurance Products Can Do the Job, Too. No other product gives the same level of complete protection as surety bonds do. A letter of credit secures a part of the contract amount in cash in case the contractor defaults. However, there is no overview whether the contract is being strictly and fully completed, which sureties do provide. Reimbursement of subcontractors, employees and suppliers is also not considered.

SDI is also not an option equal to bonding. It’s actually much closer to regular insurance because the insured entity is the contractor and not the owner of the project or the subcontractors and suppliers, who are most affected in cases of default or bankruptcy. SDI is also not ideal for contractors themselves, as they have to cover all losses at first, and then get reimbursement from the insurance provider. This puts their finances in great jeopardy and often leaves them unable to repay all due costs to other affected parties.