With over $1 billion worth of construction completed across South Florida since 1977, Central Civil Construction has thrived in large part because its dedicated team has embraced change wherever possible. With more than 150 employees, Central Civil’s management team has more than 300 years of combined, hands-on experience solving some of the most technically challenging issues that present themselves on civil site projects.

The company is a third-generation, family-owned and -operated business, and has worked hard to develop strong and enduring relationships through the years. Technology, equipment and market trends are just a few of the evolving facets of the construction industry where the Central Civil team has had to keep pace in order to remain successful. 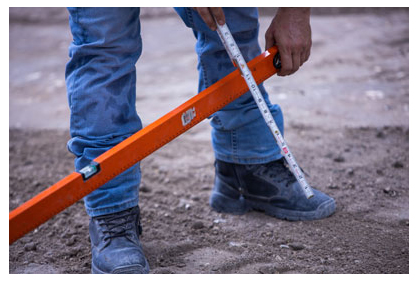 One of the more challenging aspects the company has faced is adopting alternative project-delivery methods. Central Civil started as an equipment rental business with one piece of equipment and is now pursuing projects in excess of $75 million. While large projects have complications, the projects on which Central Civil employs design-build and design-assist agreements have pushed the company to think outside the box. While the idea of accelerating projects is nothing new, the means by which this is done has been ever-changing.

Design-build projects are a great step in the direction of streamlining the construction process. In most cases, the design team works directly for the contractor. This open line of communication benefits everyone by affording the contractor an opportunity to provide valuable constructability and value-engineering input during design development, often stemming from experience with similar projects.

An example of this can be found in the review of a section of roadway Central Civil recently worked on and believed to be in good condition. The design team performed investigations by taking core samples of the pavement and testing the underlying base material. After analyzing the results, the design team concluded that the pavement in question could be milled and resurfaced instead of fully reconstructing the lime rock base, as well as the friction and structural courses. This additional effort in the design phase not only saved the contractor time and money, but also significantly reduced the traffic impact on the local community by reducing lane closure time by over 75%. 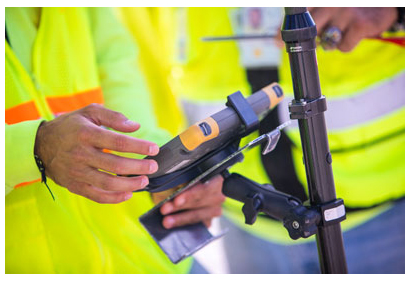 Such a relationship also allows the contractor to become thoroughly familiar with the project and identify points of risk well in advance of breaking ground. The contractor can then mitigate these risks through detailed planning or by designing around the risk for a smooth construction process. Whether it’s a simple change in the pavement section or a complete redesign of the drainage system, having the contractor in the driver’s seat incentivizes economical design with a focus on constructability and safety.

While Central Civil performs work as a prime contractor, the company also works on larger projects as a subcontractor. When it engages in design-build projects, the company often partners with the general contractor under a design-assist agreement. This is the next step in the design-build process, as the general contractor responsible for the project in its entirety is now tapping the resources and experience of selected key trades on the project. This process starts early on with constructability reviews and value-engineering proposals.

On projects like the Norwegian Cruise Line’s Terminal B and the new Royal Caribbean Cruise Line Office Campus, both located at Port Miami in Miami, Florida, Central Civil can propose ideas to provide a finished product of equal or better quality, saving time and money. These savings are shared by all members of the project team.

As today’s projects are becoming increasingly more complex, the timelines on which they are built are getting increasingly tighter. A design-assist agreement allows the general contractor to select and contract key trades before the design is finalized. 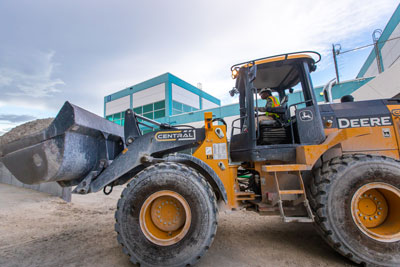 While one part of the team is providing input on design and constructability, the other part can hit the ground running and begin work on scopes that can be finalized early in the process. These early release packages often include demolition, off-site roadway improvements, underground utilities, bulk earthwork and foundations.

Once the footprint and elevation of the proposed building(s) are locked in and utilities are re-routed from the footprint of proposed developments, the Central Civil team can construct the building pad, prepare the site for foundations and install new main lines. These lines serve the project for temporary services and allow final connections to be shifted as modifications are made and new portions of the project are designed/constructed.

Maximizing the amount of site work completed before the structures go vertical is critical. Once cranes are on-site and buildings start to go up, the location gets very crowded, and it becomes difficult for large equipment to work efficiently. This is one conflict Central Civil mitigates with design-assist by completing the work requiring large equipment first.

Kenneth Baer is an estimator for Central Civil Construction. Baer manages the preconstruction process for all of Central Civil’s bids and proposals, from inception to completion. Over the course of his career, Baer has been involved in the successful bidding of more than $250 million worth of construction projects. He holds a bachelor’s degree in civil engineering from the University of Miami.

Strategy
What Will 2021 Look Like for Your Construction Firm?
How to create excitement & optimism for the year ahead in the built world
Strategy
3 Key Takeaways from Adaptive Reuse Projects
Dowdle Construction Group’s insight on converting an old lumber mill into a new office & retail complex
Strategy
How to Build Your Firm's Wealth
Finding profits & purpose in business ownership & other investments
Strategy
Achieving Equity & Growth With COVID-19 Stimulus
How teaming agreements boost prosperity among construction stakeholders
Strategy
How to Seize Opportunities in Construction Post-COVID-19
A primer on addressing risks & maintaining agility while growing your profits

Process Automation: Before & After
How I rapidly digitized daily processes on my project & how you can too