The increase in the number of these claims represents a worrisome trend.
by Richard D. Alaniz
Thursday, December 19th, 2013

In fiscal year 2012, the U.S. Department of Labor’s Occupational Safety and Health Administration (OSHA) reported that employees filed almost 2,787 whistle-blower retaliation claims. This number has been on the rise during the past few years, up from less than 2,200 in fiscal year 2009. OSHA frequently trumpets its successes in these cases. For example, it issued a press release earlier this year after a signalman with Chicago’s Metra commuter railroad line was awarded $38,080 in overtime, interest, compensatory damages and attorney’s fees.

“An employer does not have the right to retaliate against employees who report safety issues,” said Nick Walters, OSHA’s regional administrator in Chicago, in a press release. “When employees can’t report safety concerns on the job without fear of retaliation, worker safety and, in this case, passenger safety on Metra, becomes a serious concern.” 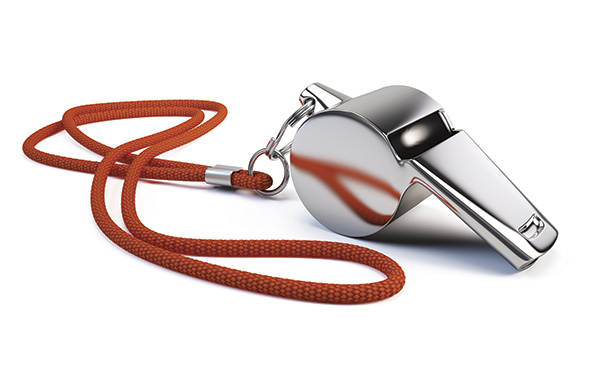 What Walters did not say in the press release—what OSHA hardly ever says except in the statistics section of its website—is that this type of finding is the exception, not the rule. In fact, according to OSHA’s own statistics, a mere 2 percent of claims were found to merit agency action.

Despite the fact that only 45 of the 2,787 cases fall into the “merit” category (1,665 were dismissed, 565 were withdrawn and 592 were settled), employers still must spend a great deal of time and money fighting these types of claims before they are withdrawn or dismissed.

OSHA and the Law

According to the Occupational Safety & Health Act of 1970 (OSH Act), employers must provide a “safe and healthful workplace.” Along with the OSH Act, Congress has expanded OSHA’s whistle-blower authority to protect workers from discrimination under 21 different federal laws, including such diverse laws as the Sarbanes-Oxley Act, the Affordable Care Act, the Safe Drinking Water Act, the Comprehensive Environmental Response, Compensation and Liability Act and more.

Once an employee files a retaliation complaint, OSHA will launch an investigation. If the “evidence supports the employee’s allegation” and the parties do not settle, the agency will usually issue an order requiring that the company reinstate the employee and that the employer pay back wages, restore benefits and offer other possible remedies “to make the employee whole.”

For employers, the rise of meritless whistle-blower retaliation claims represents a worrisome trend from a legal, cost and reputational standpoint. Responding to these types of claims is time-consuming and often stressful. Companies that find themselves accused of retaliating against whistle-blowers can face devastating public relations.

Having a proactive approach to avoiding these types of claims and a swift response if they are filed is the best way to minimize or entirely avoid issues.

Develop a multidisciplinary approach.
Whistle-blowing claims touch on a number of different functions, including legal, human resources and compliance. Representatives from these groups should meet regularly to review whistle-blower claims, share information and provide feedback to each other.

Since whistle-blower claims often take on a personal nature for employees and managers, creating a layer between the complainant and direct supervisors may help companies respond faster and keep the process professional.

If companies don’t allow anonymous reporting of claims, they should implement such a process immediately. Large companies, or companies in industries that tend to get large numbers of complaints, should consider hiring a third party to receive and investigate claims. This can help minimize any real or perceived attempts at retaliation.

If an employee must be disciplined for violating company rules or procedures that lead to an injury or illness, managers need to tread carefully. Immediately involving HR, the legal department or outside counsel can help ensure that all disciplinary actions are appropriate and well-documented.

Documentation becomes even more important when whistle-blowers face disciplinary or other actions not related to their claim. For example, a whistle-blower may be part of an entire department that has its hours cut or may be docked in pay for chronic tardiness. In these types of situations, the company must be careful to ensure that they don’t treat the whistle-blower differently than anyone else in an identical or similar situation. Supervisors must also be sure to create a record of the events that led to the action. A whistle-blower who has already filed some type of claim against the company may be more willing to do so again or may claim retaliation where none exists.

Regardless of the situation, managers and supervisors must carefully document every action they take, and they should explain why each particular action was taken. This will help employees understand why they were disciplined. It will also help the company prove its case to OSHA or to the courts if the employee attempts to make a retaliation claim.

Although a disturbingly large number of whistle-blower retaliation claims have no basis, companies can pay a huge price when one is filed. Being proactive and prepared can minimize the fallout.

Richard D. Alaniz is senior partner at Alaniz Schraeder Linker Farris Mayes, LLP, a national labor and employment firm based in Houston. He has been at the forefront of labor and employment law for more than 30 years, including stints with the U.S. Department of Labor and the National Labor Relations Board. For more information, contact Alaniz at ralaniz@alaniz-schraeder.com.